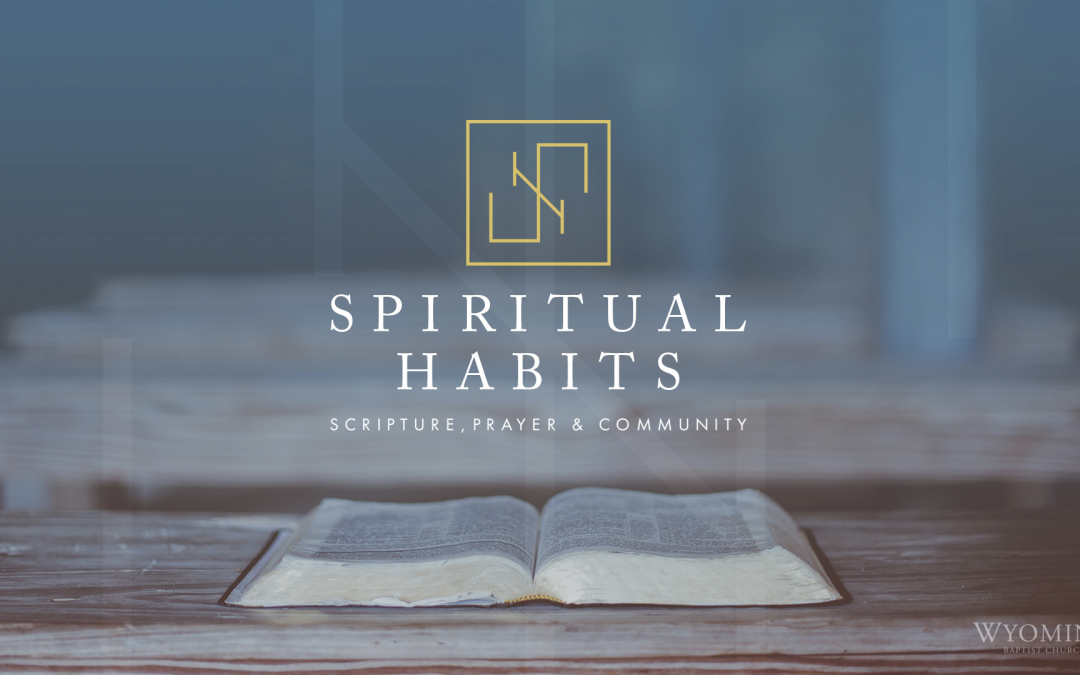 To pass the time while hunting, I like to look at random things through my binoculars — trees, blades of grass, birds, bugs, and, if I’m lucky, a deer or turkey or two. Binoculars are made to help us see things clearly from a distance, but of course, not all distances are the same, so you constantly have to readjust the focus. It’s amazing how often I’ve missed a gnarly tree or even a stealthy animal because my focus has been on something else.

This is often the case with the Scriptures, too. Sometimes we can get so tuned in to a certain idea or theme that we miss the most amazing things right in front of us. Take the exodus, for example. We often say that God delivered the Israelites from slavery in Egypt in order to lead them to the Promised Land. But if we focus only on the Promised Land, we miss an absolutely crucial part of the story: God rescued the Israelites not simply to take them to the Promised Land, but to meet with them in person. This is why God brings them out to Mount Sinai in Exodus 19. It’s why Moses begs to see God’s face in Exodus 33 and why everyone else stands in awe when they see Moses’ own face glowing with the glory of God afterward. In fact, the whole idea of the Temple and all those ancient sacrifices was to make it possible for us to meet God. Across the whole of Scripture, what ties everything together is the fact that God wants to be in intimate communion with us. That the Bible’s big message from beginning to end.

Just consider the story of Jesus’ transfiguration in Matthew 17:1-8.

“Six days later, Jesus took with him Peter and James and his brother John and led them up a high mountain, by themselves. And he was transfigured before them, and his face shone like the sun, and his clothes became dazzling white. Suddenly there appeared to them Moses and Elijah, talking with him. Then Peter said to Jesus, ‘Lord, it is good for us to be here; if you wish, I will make three dwellings here, one for you, one for Moses, and one for Elijah.’ While he was still speaking, suddenly a bright cloud overshadowed them, and from the cloud a voice said, ‘This is my Son, the Beloved; with him I am well pleased; listen to him!’ When the disciples heard this, they fell to the ground and were overcome by fear. But Jesus came and touched them, saying, ‘Get up and do not be afraid.’ And when they looked up, they saw no one except Jesus himself alone.”

What’s going on in this story? Peter doesn’t know because his focus is off, but the fact that Jesus’ face is glowing, his clothes are dazzling white, and he’s standing right next to two Old Testament prophets known for seeing God, should give it away. The disciples are returning to Mount Sinai. They’re seeing God face to face! No wonder, then, that when those folks who built the Christian monastery at Mount Sinai thought about what they should paint on the ceiling, they decided to go with this scene from Matthew. What happened on that mountain next to Jerusalem is an explicit echo of what happened when the Israelites met God on Mount Sinai.

Hebrews 10 puts it this way:

“Therefore, my friends, since we have confidence to enter the sanctuary by the blood of Jesus, by the new and living way that he opened for us through the curtain (that is, through his flesh), and since we have a great priest over the house of God, let us approach with a true heart in full assurance of faith.” In the Old Testament, God was hidden behind a thick veil deep in the heart of the Temple, but that veil is gone now thanks to Jesus,  who now welcomes us into his Father’s glorious presence.

For the ancient mothers and fathers of the church, this is heaven. To be in intimate communion with God, to see Jesus face to face — it’s the only thing that matters. St. Augustine, writing in the 400s, talked about it as a kind of inner need: “You have made us for yourself, O Lord, and our heart is restless until it finds its rest in you.” A couple centuries later, John Climacus chose to echo instead the Song of Solomon: “Blessed is the person whose desire for God has become like the lover’s passion for the beloved.” But it may be Irenaeus of Lyons, writing in the early 100s, who said it best, “For communion with God is life, and separation from God is death.”

Friends, let’s focus on nothing else.

For much more on what we talked about today, I encourage you to check out Episode 10, “How to See God, Part 1,” of the podcast, Mysterion, by Wes Arblaster and Ethan Smith.